De-Mystifying the Mikvah for the Modern Woman

This past week, more than 250 of us gathered on Zoom to talk about Unorthodox, the hit Netflix show that portrays a woman’s journey out of her Orthodox community in Brooklyn and into a new life in Berlin. One episode depicts a portrayal of Esty performing the ritual of mikvah. In the scene, mikvah is depicted as something of an unnerving initiation, yet another trial Esty must survive.

And yet, mikvah is experiencing a revival in the Jewish world, as women of the Reform Jewish community reclaim it as a sacred ritual that is profoundly positive. Earlier this month, TST Sisterhood and Reproductive Rights Task Force co-sponsored a discussion on mikvah, which embraced the new movement. We’re excited to share an excerpt of that talk here. 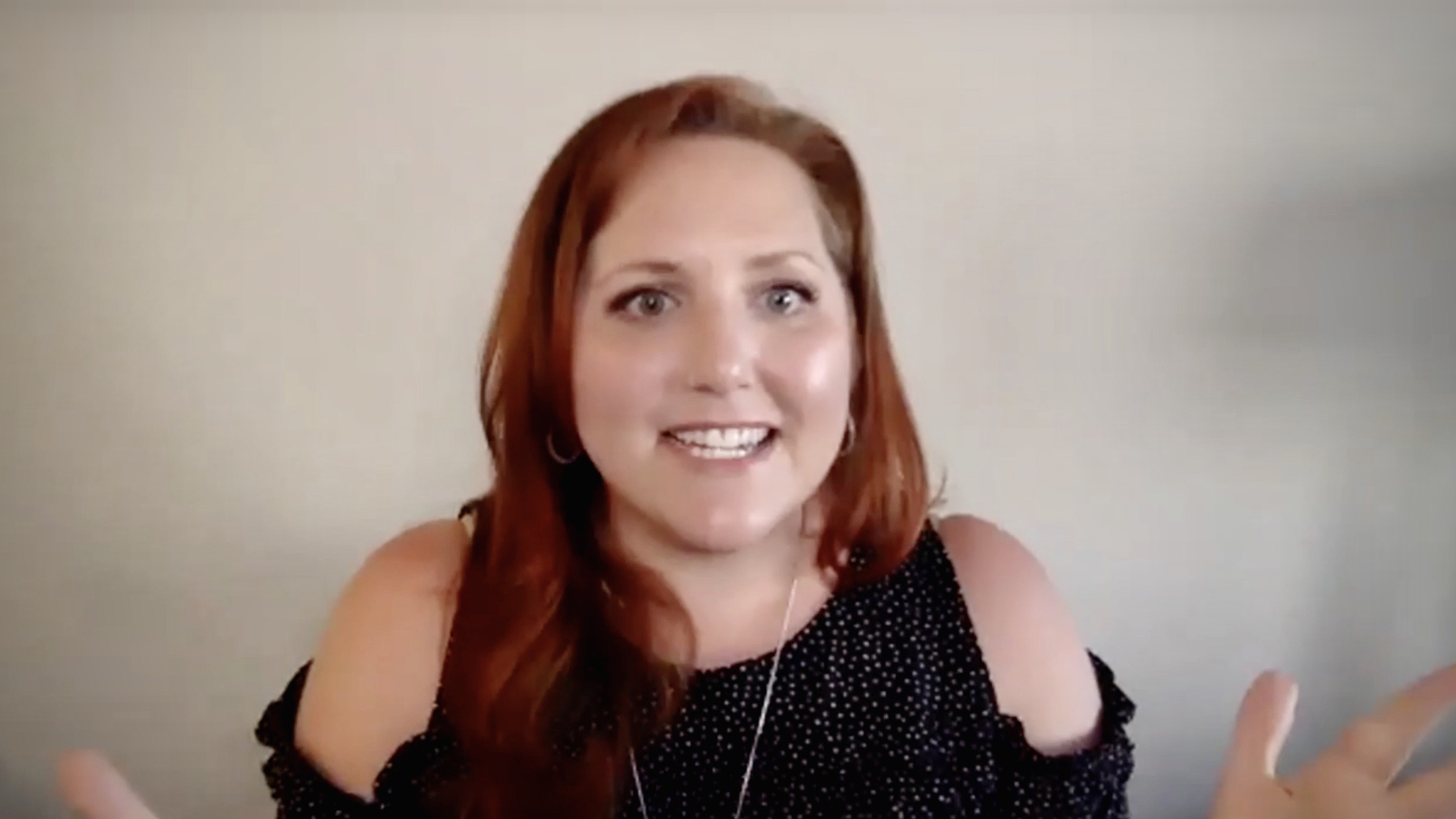 Rabbi Jessica Lenza: So, mikvah: What is it, and why do we do it? On a very basic level, mikvah is a ritual immersion. The word means gathering, a gathering of water. It’s not about physical cleanliness, it’s about a spiritual cleanliness.

And that’s where this original concept comes from. We are told about mikvah, sort of, like the proto-mikvah in the Bible, mainly in Leviticus where we’re talking about ritual purity. Now, the idea of ritual cleanliness and physical cleanliness — sometimes it’s hard for us to piece apart because, in our world, we don’t have the same orientation towards our sacred spaces. We don’t require the same kind of spiritual purity that the ancient worlds required of worshipers. So, even though we left that kind of orientation in the ancient biblical world, some of those practices remained, and one of them is mikvah, in association with really specific kinds of spiritual purity.

Rabbi Sarah Reines: I’m so excited to talk to Elena Paul about her work. Elena is a Jewish professional and chooses also to spend some of her free time doing more work within the Jewish community to enable people to have this very, I think, unique experience of reimagining the mikvah.

So, Elena, I was hoping that you could start by telling us a little bit about why you became interested in this. What led you to even want to be trained as a mikvah guide? 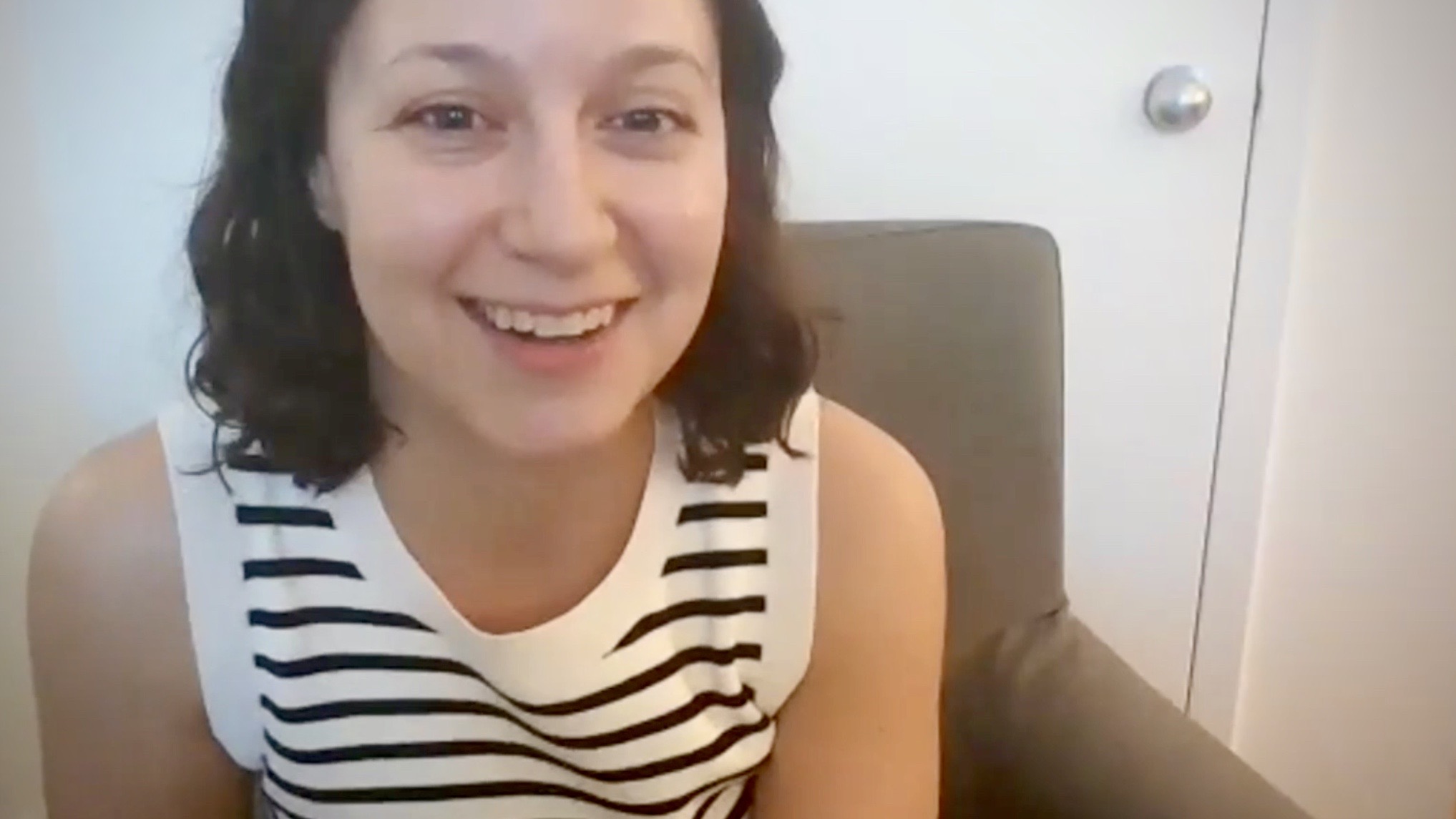 Elena Paull: My journey to the mikvah actually began in 2015 when I was engaged, and I was very stressed out. I think, like many a modern bride, I was feeling kind of overwhelmed, not so much with the planning, because planning is what I like to do, but with the swirl of everyone else’s opinions about the planning, and just feeling like planning our wedding had really become about everybody else who loved us and not really about what we loved. I was feeling really disconnected from myself as an individual, and as part of what was becoming, you know, this new married couple. I was just feeling a little bit lost and all of it.

I was talking to one of the rabbis who officiated my wedding, who mentioned that mikvah might be something I wanted to consider. I had never thought about it. I grew up in Dallas, Texas, and the mikvah in Dallas, when I was growing up, was very closely controlled by the Orthodox community. It was not a place one could go as an outsider. I had heard one or two stories from my mom who went before she got married, when she became an adult bat mitzvah, and it was this sort of scary, strict place, so I had never had any exposure to it whatsoever.

When my rabbi, who was only a couple years older than me, suggested, “Hey, you should check out the mikvah,” there was just this visceral reaction of, you know, “No thanks, appreciate it. I’m okay.” And she sort of pushed me and she said, “Listen, if what you’re struggling with is feeling disconnected from yourself, Judaism has this way that you can kind of reclaim that for yourself.”

She convinced me to check out Immerse NYC, this pluralistic mikvah project that was really focused on a feminist approach to mikvah, really helping women kind of feel ownership over their bodies in a spiritual setting. I went, and I was pretty scared, and very nervous, but it was transformative.

I got paired with a guide who was a kindred spirit, who helped me co-create a moment that really checked all the boxes I was looking for of, you know, wanting to feel connected to myself and to my body and to my mind, wanting to have a moment of sort of spiritual reset before I entered into my marriage, wanting to feel connected to my own Judaism, and not just, “What are all the rabbis saying I need to do at this moment?” and really just to be able to listen to the voice in my own head and my own heart. And it was . . . I mean, it was really profound.

I remember leaving the mikvah that night, planning to take a cab, but I ended up just walking for a few blocks with my hair wet. I think it was raining that night. And I just remember feeling like I needed a few minutes with myself still before I could re-enter New York City.

So, that was in May of 2016. And then November 2016 happened to the world. I looked around after the election and felt like my circles — all of my circles were just too the same. I’m a Reform Jew. I have Reform Jewish friends. I work for the Reform Jewish community. Everyone I know sort of has the same background, and I just felt like I needed to get into some different communities.

When Immerse NYC announced they were looking for a new wave of guides, I… you know, something just clicked. I was looking for a volunteer opportunity. I was looking for diversity, a chance to give back, a chance to feel connected to new people. So, I signed up and I went through a training. In my class of about 40 volunteer guides, I was the only Reform Jew in the room. I had never been in a Jewish setting where I was the only Reform Jew, ever. That in and of itself was really profound.

When I graduated from my mikvah guide training, most of my interactions were one-to-one as opposed to with a community. And with the exception of one person, everybody I’ve guided for has not been a Reform Jew, either. The training, in some ways, was this really powerful sort of preparation to do the work, and I’ve been doing it now since 2016.

Rabbi Sarah Reines: I am intrigued by so much of what you said, starting with the fact that, of the people you’ve worked with, only one has been a Reform Jew. What do you make of that? Do you feel any sense of mission, urgency, desire, to kind of change those statistics?

Elena Paull: I should say only one person has identified to me that they identify as a Reform Jew. So, it’s possible other people do. But, I mean, that has been one of the most stunning facts to me. I’ve been doing this for almost four years. And I find it to be such a profound and transformative piece of how I experienced my own Judaism, and in some ways more impactful than many of the things that I do with other Jewish institutions. And I just think, what an incredible gift that the largest denomination is missing out on.

My friends will tell you: I am an evangelist for the mikvah. If Reform Judaism is all about informed choice through knowledge and about choosing, you know, the pieces of Judaism that makes sense to you, I think the mikvah, especially the way that Immerse NYC approaches the mikvah, is really about a choice. It’s a ritual that we can choose, not only for sort of the Halacha or traditional reasons of purity after menstruation, for instance, but it’s about marking any kind of ritual with a Jewish moment.

I’ve guided for people who have gone for more traditional reasons of, “I’m getting married,” or you know, “It’s my monthly niddah, my monthly post-menstruation immersion.” But I have guided for people who are recovering from serious illness. I guided for a woman who was going through a traumatic divorce. I guided for a woman who had quit her job and was moving across the country, and she felt like she was leaving all of her Jewish institutions and she didn’t know where she was going to land. Dhe felt like every moment of her life had this Jewish connection, but suddenly, this huge choice she was making didn’t have a Jewish connection.

She found the mikvah, and the mikvah was a way to bring Judaism to a secular choice. I feel like, in a nutshell, that’s the Reform Jewish way — Jewish life in our lives in a way that makes sense. In a dream word, I would love to see every person who identifies as a liberal Jew, or Reform Jew, to test it out and experience what this ritual can be on a personal level.

You can watch the original video excerpt of this conversation here, on Facebook.